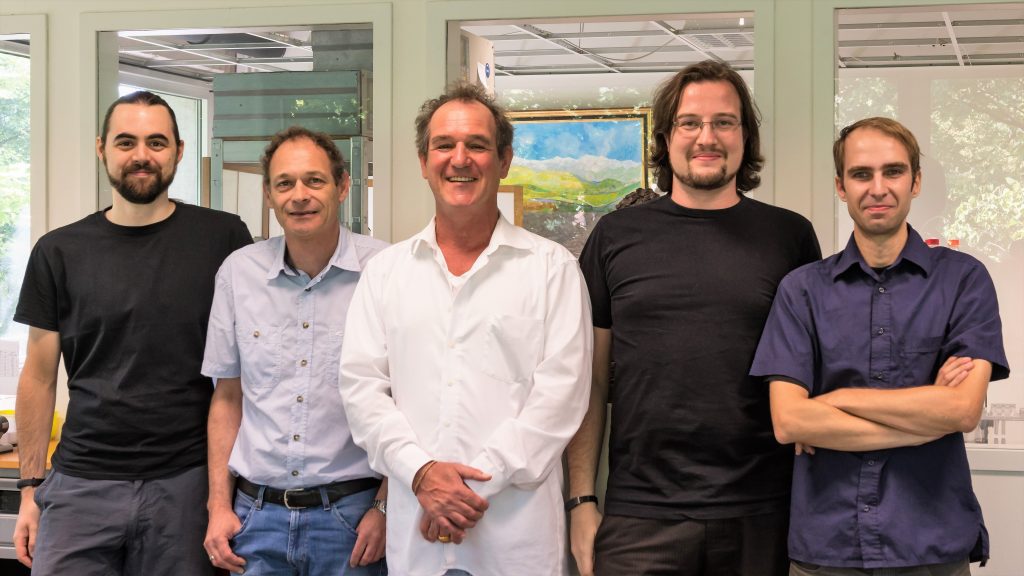 DOC-Labor was founded in 1995 by Dr. Stefan Huber as a spin-off from the University of Karlsruhe.
Today, after 22 years of activity it is perhaps allowed to say that the endeavour was a success.

Since 1995, we have conducted over 50.000 water analyses with the LC-OCD-OND method.
Thus, much empirical and systematic knowledge in the interpretation of data has been gathered.

This is the staff of DOC-Labor:

Dr. Stefan A. Huber, born in 1957. MSc in Geology at the University of Heidelberg. PhD in water chemistry at the Engler-Bunte-Institute, University of Karlsruhe in 1992.
Title of his PhD thesis: Development of a combined chromatographic system for the characterisation of natural organic matter (in German).
Postgraduateship at same institute.
Launched the private company DOC-Labor Dr. Huber in 1995.

Dipl.-Ing. Andreas J. Balz, born in 1965. Andreas studied Chemical Engineering at the Engler-Bunte-Institute, University of Karlsruhe.
Title of his Thesis: Studies on flocculation behaviour of humic matter is soft reservoir waters (in German).
He joined DOC-Labor in 1996 and is responsible for LC-OCD soft- and hardware, but he is also trained in analytical work.

Dipl.-Chem. Nico Seeleib, born in 1985. Nico studied Chemistry at the Karlsruhe Institute of Technology (KIT).
Title of his Thesis: Synthesis of nano dyes on base of phosphonic and phosphoric acid (in German).
He joined DOC-Labor at the end of 2012 and is responsible for the LC-OCD-OND hardware, purchase, sales, maintenance as well as for the homepage design.
He is also familiar with the LC-OCD analytics theory and data calculation.

BSc. Friedolin Hamperl, born in 1984. Friedolin studied Chemistry at the Technische Hochschule Nürnberg.
He joined DOC-Labor at the end of 2014 and is responsible for the day to day analytical work as well as the maintenance of the laboratory.

Sebastian Straub, born in 1984. He studied Chemistry at the Karlsruhe Institute of Technology (KIT).
He joined DOC-Labor in 2013 as a student associate and joined in 2017 as Manufacturing Specialist. He is responsible for LC-OCD-OND hardware.
He is also familiar with the LC-OCD analytics data calculation.