DOC-Labor Dr. Huber has received several awards and fundings for which we are deeply thankful.

They not only gave us reassurance at difficult times, they also allowed us to do the necessary research to secure the future of the company.

Without this award, DOC-Labor would probably not exist. It made us believe that there must be some interest in this field of research.

In the first year of DOC-Labor almost no orders came in analytical services. The time was used to write a proposal to Deutsche Bundesstiftung Umwelt (DBU) to turn LC-OCD into a marketable product. Without this funding, DOC-Labor would only be a service lab and not a manufacturer of LC-OCD.

This award covered an appealing amount of money and a 1-year subscription to Journal Nature. It is practically unknown as it was given only once – the issuing company merged in the following year and the award was suspended.

This award came from a presentation in the U.S. where DOC-LABOR is almost unknown. Well remembered are the scrutinising questions from people in the audience which – as found out later – were part of the price committee. 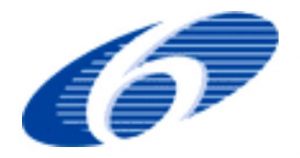 This Research Project was important for the development of the organic nitrogen detector.

We participated with analytical work: Characterisation of organic matter on UF membranes.